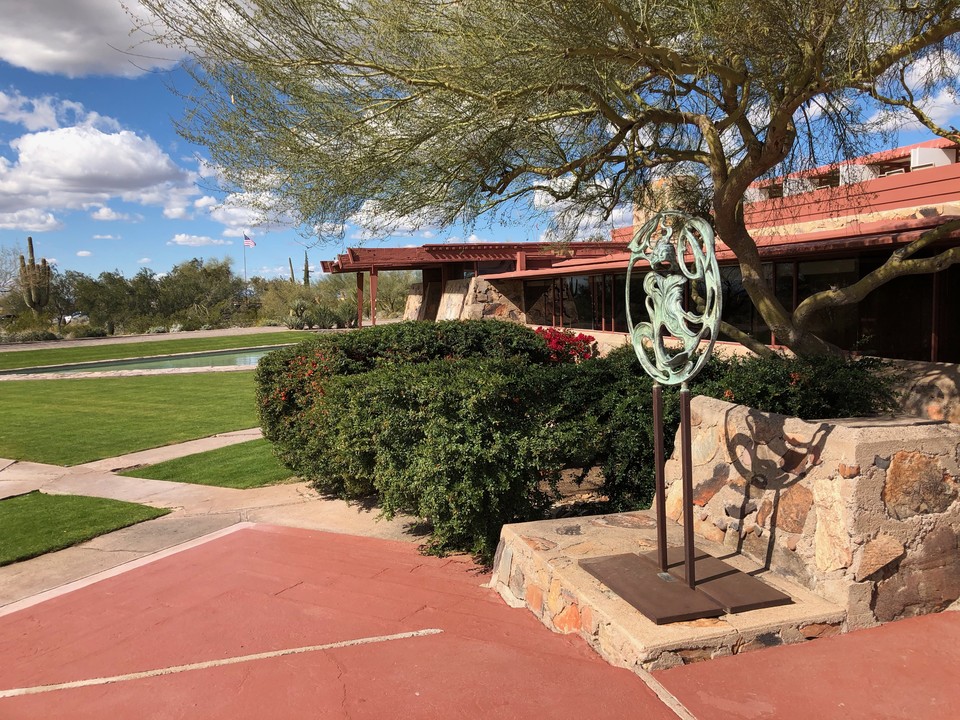 (disclaimer: this document is solely the opinion of George Wilkinson and Wpg Ltd, and does not represent that of any of its clients or employees)

In the middle of the last century, various practitioners began to assemble teams of designers and builders under single contracts and the label “design-builders” was coined and applied to these business arrangements. This was a watershed idea provoked substantial protest in special organizations such as the AIA. It was not until the last decade or so of the last century that the AIA recognized the role of design-builders. Since then what started as a revolution has become ordinary. In fact, the language is even changing still, for example "integrated project delivery."

Amid all of these changes and in this writer's opinion, there are several themes: i) value arises when design and construction are closely intertwined in the earliest planning stages of a project, and ii) integrated delivery requires effective interaction between a wide variety of professional disciplines.

Accordingly, a great deal can be written about design-build and integrated product delivery. This short document intends to focus on i) bringing subcontractors to the table early in the planning process and how to do so fairly and ethically to the benefit of both the LaMacchia Group and the subcontractors themselves, and ii) engaging mechanical electrical and plumbing contractors early in the project design processes

First, some language needs to be adopted. I'll use these terms: program, schematic design, design development, and construction documentation. Common definitions of these terms are generally consistent throughout the industry.

The special and important role of MEP systems

MEP systems are large part of project costs for freestanding buildings and major remodeling projects. It is not uncommon that MEP systems can comprise 35-40project hard costs. Further, performance outcomes from these systems are a large part of the basis for long-term owner satisfaction. (e.g. “indoor climate”).

Due to the critical importance of these systems, this writer asserts there is a strong case for involving mechanical electrical contractors with relevant design-build experience early in the process whether contracts ultimately will be determined by competitive selection or by negotiation. How then can planning be undertaken with the assistance of subcontractors before enough is known to enter into contractual agreements?

Given the complexity of this question, it is not uncommon for business conflicts to arise. What steps in can be taken and what business processes can be adopted to fairly serve all parties to the process?

There are some clues as to good practice throughout the industry .I suggest a three-step process:

b. A planning stage agreement (the first part of a two-part agreement)

c. A construction subcontract (the second part of a two-part agreement)

Provided that Contractor has a reputation for fair dealing, most subcontractors are willing to trade some intellectual property for the opportunity to become known and perhaps win the opportunity to be selected for the project. In pure negotiation and business terms, common sense is a guide: each party trades something to get something. The rules of the road for fair dealing include these:

The audition step is a good time for contractor learn about the potential and expertise of subcontractor. Their work product and methodology tell a lot about expertise. Subcontractors who are accustom to auditioning in the early stages and often have work product that signals their experience and depth.

Well-qualified subcontractors naturally cite applicable experience and lessons learned during the early planning stages. This builds credibility. In general, "talk is cheap" and the way in which a subcontractor attempts to engage planning speaks volumes.

For example, subcontractors skilled in so-called "pre-construction services" often have their own forms and proprietary means of presenting their work product. For example, a letter entitled "opinion the probable cost" suggests that they have a practiced business process.

Provided that the audition stage was satisfactory and that the candidate subcontractor has demonstrated expertise, the part one agreement may be appropriate. Such an agreement has these characteristics:

• part one is defined to be the first of two parts

• the agreement defines work product in process. For example a Preliminary Project Description (PPD) prepared by Contractor for the intended units of work can be designated as the target for which a cost plan or (aka prelimibary estimate) is to be prepared

• importantly, from an ethical perspective, the agreement should be clear with respect to how subcontractor is "rewarded" for its work and also be clear that the part one agreement is an exclusive right (or not).

The construction subcontract (part 2 of 2)

By the time a process moves to part 2, the project in most cases has moved well into the design development stage and financial planning is in the form of cost estimating (as compared to cost planning). By the conclusion of design development, subcontractor will often have invested significant resources both in time and money and have a reasonable expectation of performing the construction work. Accordingly, the part two agreement needs to be clear with respect to under what circumstances the agreement can be terminated by Contractor.

From contractor's perspective, by the time part two is in process, it should be evident that subcontractor is qualified to do the work and has demonstrated substantial capacity to assist in planning. However, there is criteria to which subcontractor can be held in order to win the work. In particular, the cost planning framework set up in part one should be progressing logically and consistently to detailed estimates. If indeed scope has been progressing consistently then it's a red flag if cost estimates suddenly depart from the cost plan.

Contracts can provide for an “open-book” cost management process disciplined by a not-to-exceed price and can include the requirement that the not-to-exceed price is converted to a lump sum. Properly done, such a conversion can be a benefit to all members of the team including the client Owner. Assigning authority to responsibility brings attention and efficiency.

By the time part two of two is executed, there should be no surprises about the allocation of risk and reward. Overreaching with punitive terms can break the business process at the last moment. The audition, part one, and then the part two process is an incremental one during which trust and understanding are built. By the time the parties arrive at part two, there should be little doubt about good faith dealing and the ability to work together going forward.

The tasks that design-builder undertakes with their client owner has many layers. With respect to the process of bringing subcontractors into the early stages of design and construction, Contractor has various and sometimes competing duties and obligations. In particular the project is not an end in itself and it serves a greater business purpose. With that purpose often comes business protocols and requirements, the most common of which is to understand the process as design...bid…build. In fact it is very common for client owners to believe (and even insist) that the only way to get a competitive look at the marketplace is to use the above-mentioned design…bid… build process. Unfortunately, the harsh lessons of history are often the best teacher as to how the so-called traditional process can lead to unintended consequences, such as substantial budget overages after a great deal of design resources and money have been expended.

On the other hand, client owners led by seasoned executives sometimes understand that "Best value" may not be lowest cost nor most likely to be discovered by traditional design.. Bid.. Build process.

These altogether common conditions in the marketplace make it incumbent on Contractor to arrange a process with the client Owner well in advance of inviting subcontractors to audition and to begin to devote resources to the project. It is indeed an unenviable business position for Contractor to be caught between it's client owner’s requirements and it's prospective subcontractor’s expectation.

The design professionals and subcontractors

As narrated in the first section of this paper, the advent of integrated services as a path to value is a relatively recent event. During the 50 years which ended at the turn-of-the-century (2000), all participants in project teams had been affected by standards of practice which sought to deeply intertwine design and construction services. Owners, design professionals, and builders were affected.

Various professional organizations have sought to define a “design-assist” standard of practice in which builders and design professionals collaborate during the early project stages to assure high-value cost-efficient outcomes. The prospect of these collaborations have raised many questions such as:

• Who is the designer of record?

• Where lies the design liability?

• How do professional standards of practice apply?

In respect to all of these questions, a large body of case law has defined liability and related insurance matters. In general professional liability is tightly bound to whom-ever is overseeing the design work. Certifications cannot be bought and sold; "responsible charge” is a fundamental obligation on design professionals. Thus contracts must be very clear as to where responsible charge lies..

These legal requirements notwithstanding, and somewhat ironically, the duty of responsible charge is often (in the opinion of this writer) best discharged by close collaboration with builder resources to ensure that project can be soundly constructed to industry standards.

In these collaborations, style counts. It is not unusual that the design professionals share the head of the table and thus they share the gavel. In that case, the tone of the workgroup is set by their leadership.

The design-builder, has a wide range of duties both upstream (to it's client Owner) and downstream to subcontractors. There is statistical evidence that liability claims are reduced when there is a tight fit between design and construction. The ideas discussed in this paper describe one dimension of that fit: the essential relationship between MEP subcontractors and contractor during the early stages of the project planning.